How can we help you today?

My shade has a vibration noise when I operate it. Print

This noise is can be alleviated by removing a metal plate affixed to the motor and replacing it with a soft material such as felt.
We install this piece to protect the shade from damage during shipping, removing it will not cause any issue with the operation of the shade.

Remove the plastic endcap from the motor side of the cassette, exposing the metal endplate with screws. 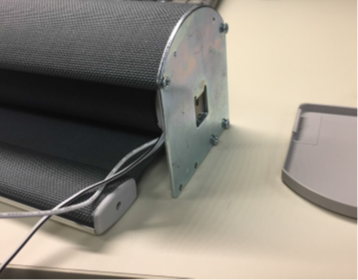 Remove the metal endplate from the cassette. Take caution during this process to not rotate the motor or shade when cassette is unassembled. If the shade/motor is rotated to a different position when reassembled will cause the upper and lower limits to be in different places. In the event the shade has been rotated more than 2″ in either direction, reset and reprogram the motor limits. Refer to the appropriate users guide for programming instructions.

A) Remove the 4 plate screws. 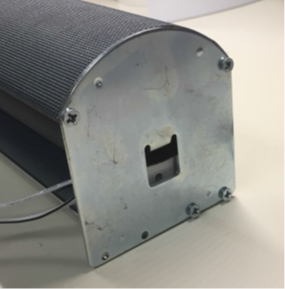 B) Take the endplate off the cassette. The tab on the plate slides out of the motor 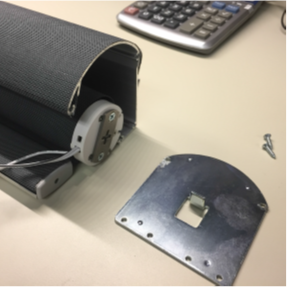 Remove the metal motor adapter from the motor by removing the two screws that hold it in place. (this part will not be needed again and is permanently removed)

Prepare the felt (or other material purchased locally) to be installed onto the cassette endplate. 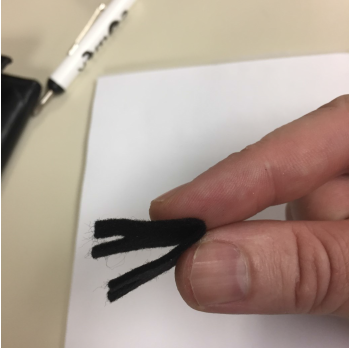 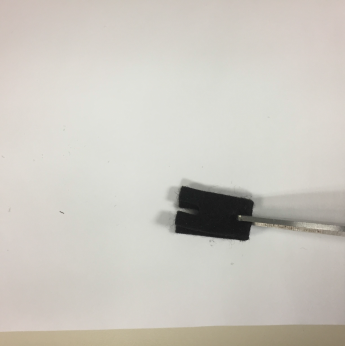 A) Fold the felt strip in half

Install felt strip (or other like material) to the cassette endplate, by pushing the metal tab through the hole cut in the piece of felt 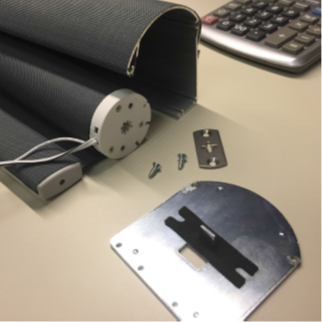 Reinsert the metal tab on the endplate into the motor and fasten the endplate to the cassette using the four screws removed earlier. Note: The metal mounting bracket removed in step 3 will not be put back on the motor head as the piece of felt replaces this part. Also, position the motor program button in a way it is accessible when the cassette is reassembled. Lastly, reattach the endplate cover. 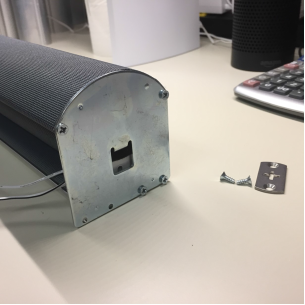 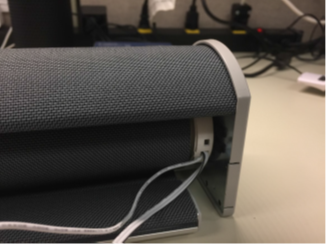 NOTE: If motor or shade was rotated and now is in a different position (more than 2”) than before un-assembling, the upper and lower limits will be in different positions. To prevent damage to the product, reset and reprogram the motor. Refer to the appropriate users guide for programming instructions.

Did you find it helpful? Yes No

Send feedback
Sorry we couldn't be helpful. Help us improve this article with your feedback.